Indonesia Travel Guide: a paradise and mystery for every traveler

Pack your bags to immerse yourself in the beauty, culture, tradition, and landscape of Indonesia

Why should you travel to Indonesia?

Indonesia is the largest Archipelago and has the fifth-highest population in the world. Indonesia, which is located in Asia, is a land of mystery and a paradise for every traveler. With 1700 islands stretching between the Pacific and the Indian Ocean, Indonesia is one of the best places to visit if you are enthusiastic about architecture, artworks, culture, and beaches. While traveling through Indonesia, you can explore coral reefs and engage in several underwater experiences. Through this Indonesia travel guide, you can find the best places to visit, things to know before backpacking to Indonesia, the best time to visit Indonesia, and other interesting facts.

Indonesia has several islands. Java, Bali, Sumatra, Flores, Lombok, Komodo, Borneo are some of the most famous destinations for travelers. Indonesia has 9 UNESCO World Heritage Centers and 54 national parks. Indonesia has many volcanoes, and the Bukit Barisan has 93 volcanic peaks, with 15 of them still active. Borobudur Temple in Magelang is the largest Buddhist monument in Indonesia. Do add it to your bucket list while you are planning your trip to Indonesia. 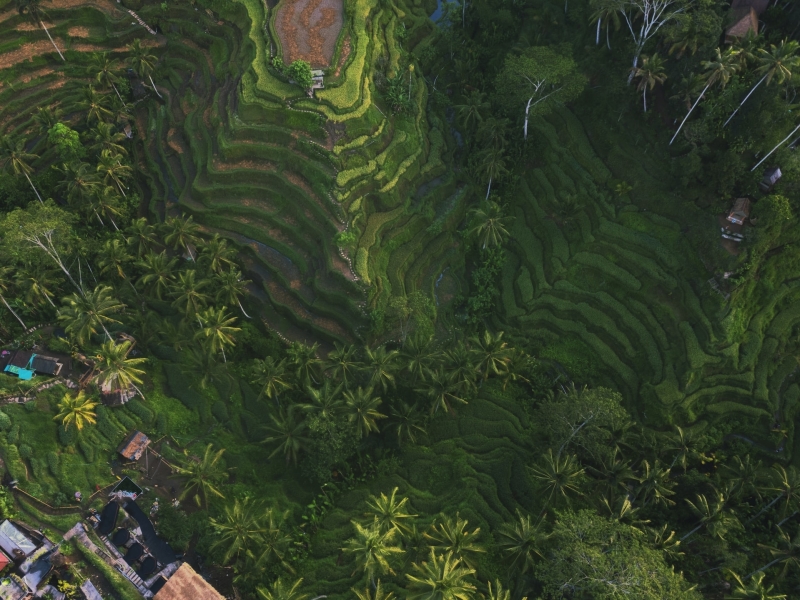 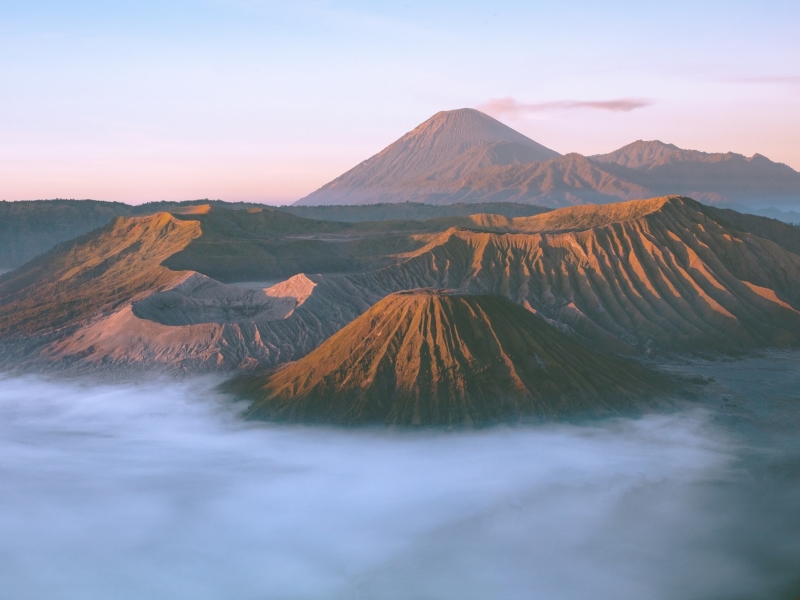 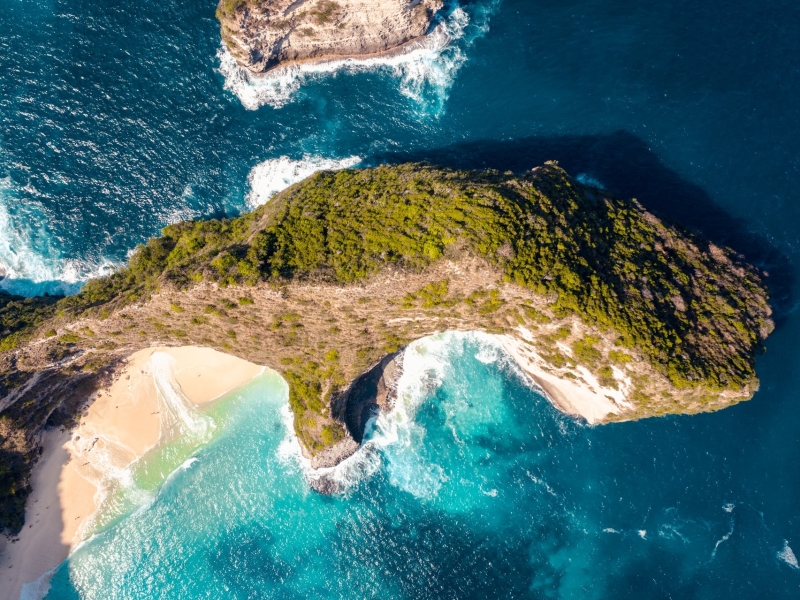 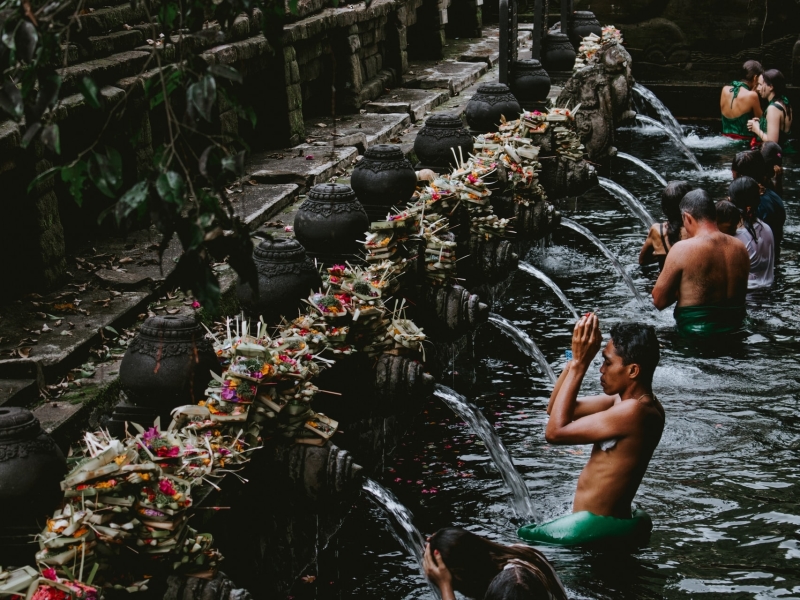 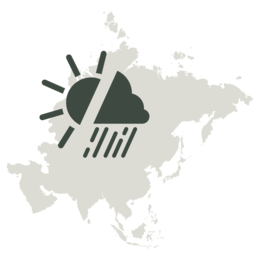 You can visit Indonesia at any time around the year. With a tropical climate and temperature of about 28 Degree Celsius, Indonesia is suitable to visit based on the places you plan to visit.

The peak season is in September, and the prices can be high between December and January. You can also hop back to our Indonesia Travel Guide to learn about the best time to travel to Indonesia and many more details.

Things to know before you travel to Indonesia

Safety is a concern when it comes to traveling, but I felt safe while traveling in Indonesia. As per the International Soso, Indonesia is a country under "medium risk level". So, you have to take some precautions while traveling to Indonesia. Pickpocketing and mugging are quite common in Indonesia. Try not to carry anything expensive with you. For safety, it is always better to avoid walking on the roads at night. There are several taxi scams in Indonesia. Always try to stay away from them. It is essential to keep track of local news as there is a risk of natural disasters. If there is an emergency, you can try contacting 110 or 112.

For people traveling from Western countries to Indonesia, a Visa is not necessary for two months. You can travel with a valid passport or an Identity card. There is a visa exemption for travelers from 169 countries for thirty days stay. There is no extension available. You can get a Visa on Arrival for thirty days stay for people from 68 countries. You can get a Visa for sixty days and apply for an extension five times. You can go through the Directorate General of Immigration's Official website for visa-related clarifications.

Many places in Indonesia embrace sustainability and eco-tourism. You can help in the preservation of the ecosystem by supporting Indonesia's rainforests. You can avoid purchasing products with palm oil. It is because palm trees can harm our environment. Try to buy local goods and also hire local travel guides. West Bali National Park is a green forest that encourages eco-tourism and bird watching. Wae Rebo Village in Flores is a location with rich culture and traditional houses. While you are planning to visit Indonesia, try to include these eco-friendly places in your travel bucket list.

WHO and CDC recommend different vaccinations, depending upon the country you are hailing from. People traveling from Western Europe do not need to take any vaccines. Vaccines for Yellow fever are necessary if you are visiting an area infected by it. You can also get vaccinations for Hepatitis A, Typhoid, and Poliomyelitis. 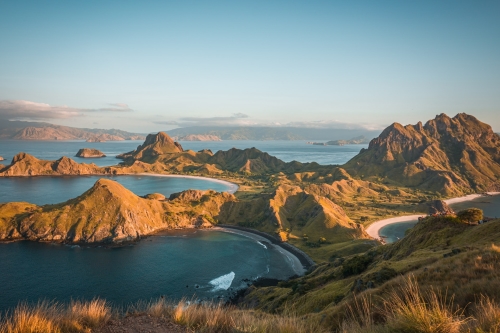 Spot the Komodo Dragon on Rinca and Komodo Island

Komodo Island and Rinca are two main parts of the Komodo National Park. Komodo Island is in the Lesser Sunda Islands, which is in the east of Bali and Java. You can reach Komodo island either via domestic flights to Komodo or boat trips from Lombok or Flores.

Komodo Island is a famous travel destination for all backpackers who love to explore beaches, coral reefs, and hills. Rinca is near Labuan Bajo. It is land with mesmerizing mangroves and light forests.

Komodo National Park is a UNESCO World Heritage Site. It has the world-famous Komodo Dragons. They are the heaviest lizards. Komodo and Rinca are the best locations for photography. Don't forget to pack your underwater camera and macro lenses! 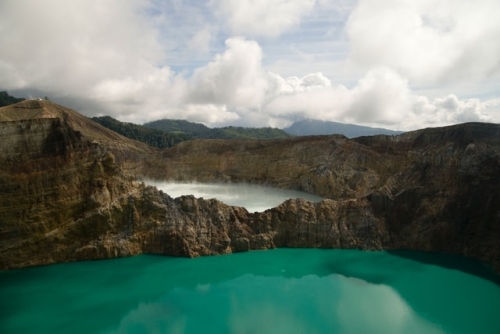 Located at the summit of Mount Kelimutu, Kelimutu Tricolored Volcanic Lake is a mysterious beauty for every traveler. The "Lake of Old People'' is blue, the "Lake of young men and maidens" is green, and the "Enchanted Lake" is red. They can even turn black. It is 12 km away from Moni, a small town. You can go for a hike in the morning from Kelimutu National Park to the Kelimutu Volcanic lakes. It is about 1690m, including a lot of stairs all the way up to the stunning viewpoint. If you have a Kelimutu National Park ticket, you can re-enter anytime within 24 hours. 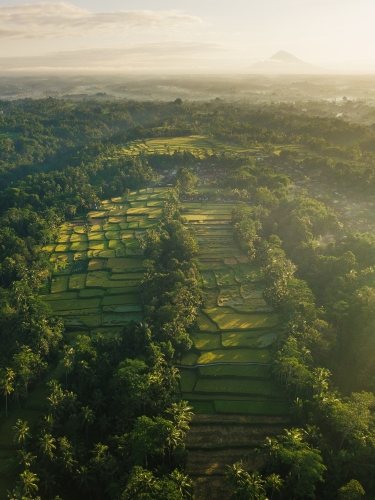 Explore Ubud and its Rice Fields in Bali

Ubud is a destination in the foothills of Bali. It is one and a half hours away from the airport. Around three million people visit Ubud every year. The best time to visit Ubud is from April to June and September to November. There are numerous rice paddies, temples, yoga practices, and jungle. Other destinations in the region include the Saraswathi Temple, Ubud Palace, Ubud Art Market, and Monkey Forest Sanctuary. 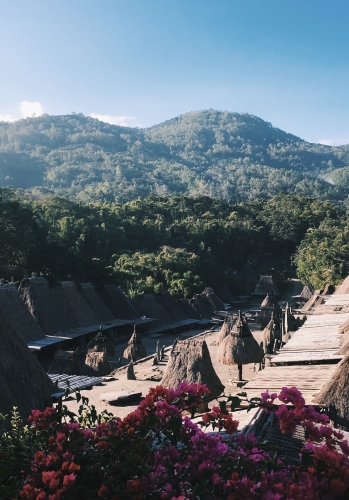 Bena Traditional Village on the Island of Flores is located in East Nusa Tenggara in the Ngada Regency. The village lies 2245m above sea level with Mount Inerie as stunning background and is more than 1200 years old. Bena Village has nine tribes inhabiting 45 houses. The houses are marked with male and female figurines on top of it and several ancestral totems as well. It is one of the most popular and best places to visit in Flores, when it comes to enjoying and learning more about the culture and tradition of the Ngada. 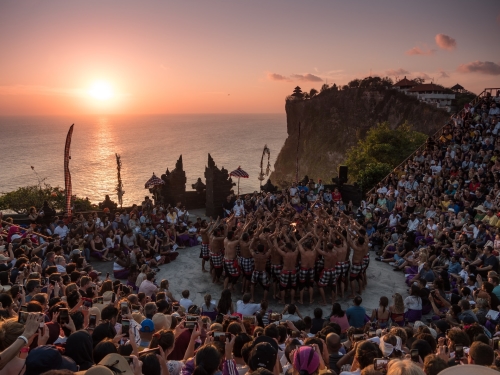 Pura Uluwatu is a temple on top of a cliff in Bali. It is one of the nine key directional temples in Indonesia. There is a Brahmin statue facing the Indian Ocean and Ganesha sculptures. You can enter the temple via two of its entrances. If you are on time, you can enjoy the Balinese Dance performance as well. 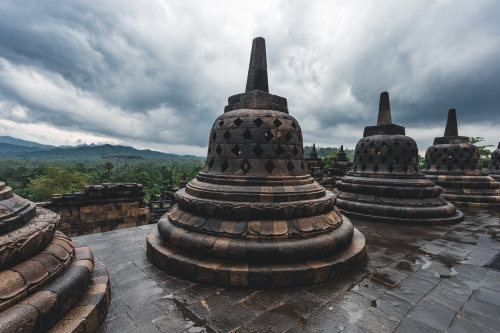 Borobudur is a 9th-century Buddhist temple, located in Central Java. It is a UNESCO World Heritage Site and has three main monuments. These monuments symbolize Nirvana and are circular in shape. They are dynastic monuments with 72 openwork stupas as well. You can visit Borobudur to get a better understanding of architecture and Buddhist culture. 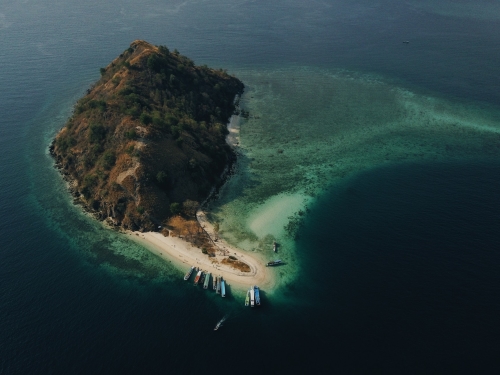 It is also known as Pilau Tiyuhbelas and forms a marine park. You can reach the 17-Islands National Park from Riung. There are several white beaches suited for snorkeling and other water spots. Bacau Island, Tiga Island, and Rutong Island are three among the seventeen islands in the National Park. Pack your bags and be ready to explore the mysterious landscapes of Indonesia with our Indonesia Travel Guide for every traveler!