Why should you travel to Greece?

With an enticing expanse of Mediterranean flora, beaches, and ancient relics, Greece is a land that every traveler would cherish to visit. Greece is a country where western civilization began 3000 years ago. It is the southernmost country of the Balkan Peninsula.

Because of its budget-friendliness and breathtakingly picturesque landscapes, tourists often consider Greece as one of the best places to visit in Southern Europe. It has 18 UNESCO World Heritage sites and 12 National Parks.

With more than 2000 islands, Greece is a land of myths and mysteries. Unlike other European countries, it is cost-effective and is the best place to visit if you are on a budget. Though we often refer to the country as 'Greece', its original name is The Hellenic Republic.

Greece also has a rich variety of wildlife, including Monk Seal, and Loggerhead Turtle. Apart from the ancient relics of Nekussabu caves, Delphi ruins, and the Archaeological Site of Sounio, you can also watch the reenactment of Greek tragedies. They take place every summer during the Hellenic festivals in Greece. The sunset in Oia on Santorini, a Greek Islands boat tour, and the monasteries of Meteora are other main attractions of Greece for travelers.

Traditional Greek dishes served in atmospheric taverns are the favorite food of many travelers. The country has 6 national dishes to define the Greek culture, like gyros and moussaka.

Through this Greece travel guide, you can find out the things that you can do in Greece, the best time to visit Greece, the most stunning places and many more! 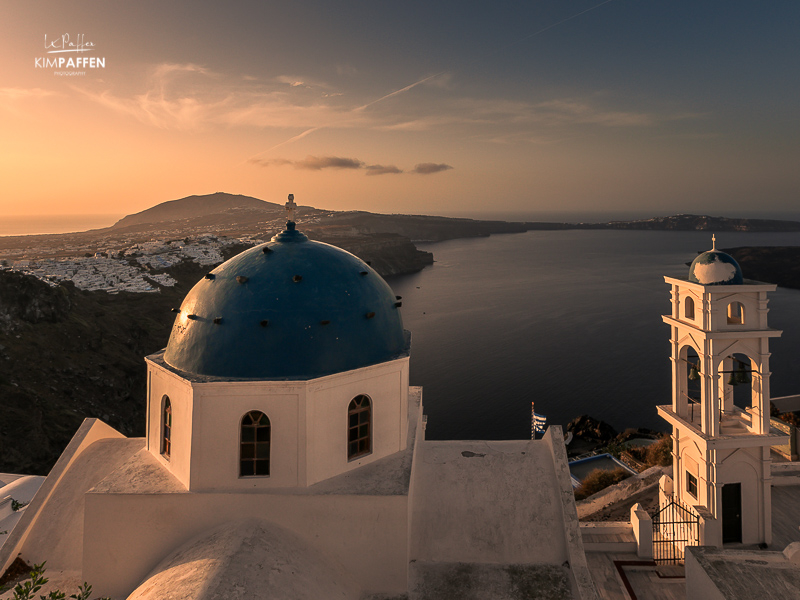 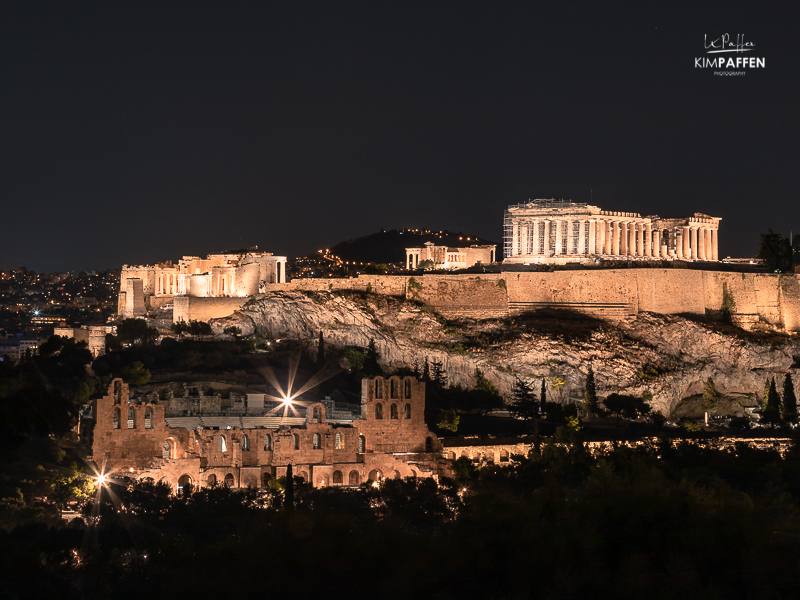 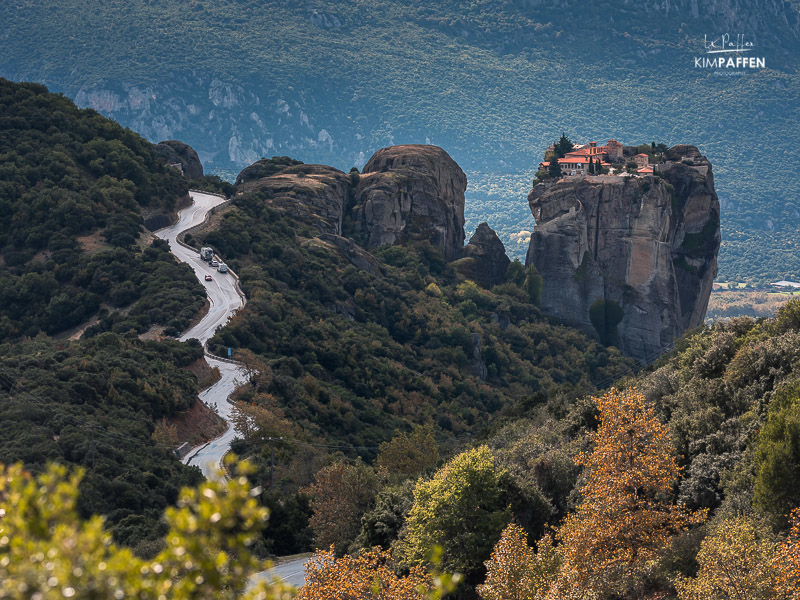 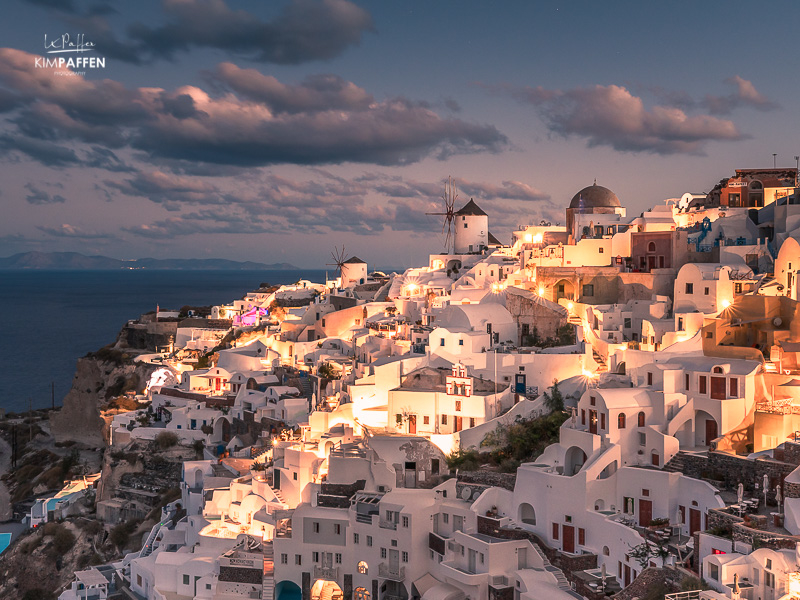 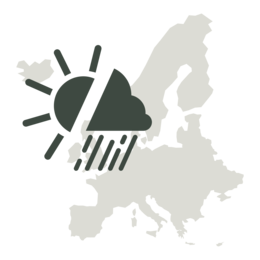 The best time to visit Greece is during Summer (between June and August). It is the peak season, and it is always better to book in advance to avoid any last-minute glitches. Summer is the best time to enjoy the beaches on one of the many Greek Islands, boat tours, and vibrant nightlife of Greece.

If you dislike rushes and waiting in long queues, you can always visit Greece either between May and June or September and October. As it is not the peak season, the prices are lower. The beaches won’t be crowded as well. It is also the best time to visit Santorini, Rhodes, and Mykonos.

Things to know before you travel to Greece

Greece is one of the safest countries to visit with a low criminality rate. Apart from some parts of Athens like Omonoia, it is safe to walk around on the roads at night. Women and solo travelers can also travel freely in Greece, especially in the islands. You can engage in conversations with locals and click photographs with them as well. However, in some parts of Athens, pick-pocketing in buses and crowded areas occurs. So it is always better to take care of your valuables. Try not to leave your things unattended, and always carry cash based on your requirements. If there is an emergency, you can always reach the police helpline by dialing 100 and attain hospital care by calling 160.

All citizens, except those belonging to the European Union, the USA, Canada, Australia, and New Zealand, require a visa to travel to Greece. Visit the official website of the Greek Ministry of Foreign Affairs (MFA) or the embassy of Greece in your country in case of any clarifications. For the citizens of the European Union, a Passport is not necessary. You can travel with valid ID proof. For others, a Passport is mandatory.

The locals in Greece are not ardent practicers of sustainability. So, they don't have any problem with the travelers who don't follow it. However, it is the responsibility of the traveler to travel sustainably. Try to carry your essentials and avoid wastage. You can depend on local transport facilities like the KTEL bus system. You can make contributions to programs like Plant Your Roots in Greece Foundation that focuses on reforesting the hills of Greece; and Hellenic Wildlife Hospital that preserves wildlife.

Vaccinations are not mandatory for the citizens of the European Union. However, the CDC and WHO recommend most visitors to take Hepatitis A and Hepatitis B vaccines. They also suggest vaccines to prevent Rabies for long-term visitors. They also ask people to take vaccines for Polio, Influenza, Meningitis, Pneumonia, Measles, etc. If you are under any medication, always carry it with you. For those with E111 documentation, you can avail of free treatments in Greece.

Greek is the official language of Greece. Most people communicate in Greek. However, some of them speak in Albanish, Macedonian, and Turkish. English is a foreign language commonly used in Greece along with French and German. You can easily communicate with the locals in English, as most of them would have at least basic knowledge of English. However, you can rely on Google Translators or learn some essential words as well.

Things to do in Greece to cross off your bucket list 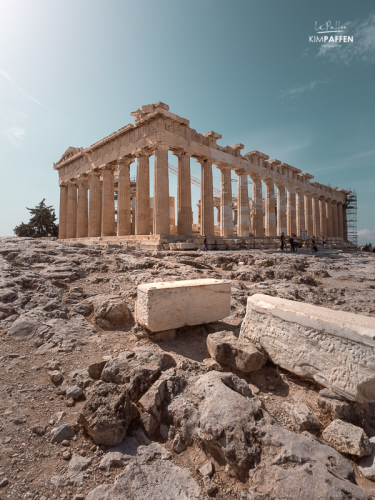 Athens is a city that has a long history with ancient monuments, temples, relics, and bazaars. Rich in architecture and antiquity, Athens has a place on the bucket list of many travelers. Among the historical sites in Athens, Acropolis is the most significant one. Built-in the 5th century, Acropolis is dedicated to Athena, the goddess of wisdom and the protector of the city. It has the Parthenon, an ancient temple dedicated to Athena. Parthenon offers an astounding view of Athens as well. It also has the Temple of Athena Nike, the Erechtheion, the Propyloua, and the Temple of Poseidon. 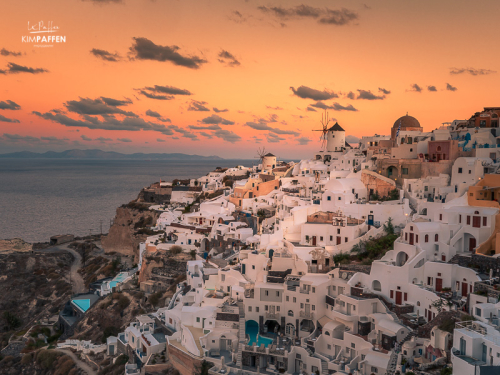 Admire the magical sunrise or sunset in Oia Santorini

Santorini is the southernmost island in the Cyclades. Oia is famous for its sunsets. The view from the top of Oia castle during dusk is mesmerizing. The windmills, the blue church domes, and the white-washed buildings glow as the sun goes down in the evening. Thousands of people visit Oia to glimpse the sunset and take photographs. It is always better to reach the place before sunset to get the perfect spot. If you are not someone who is not into crowded regions, you can enjoy the sunset from restaurants and also while on a boat cruise. 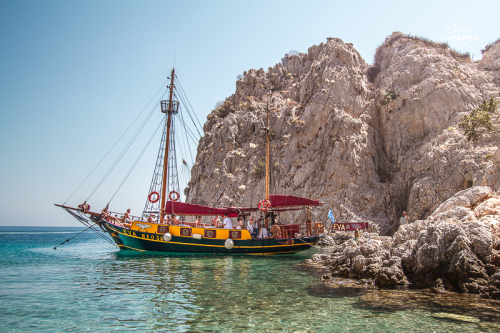 Day cruise from Kos to Kalymnos and Pserimos with Eva Boat

A boat trip with Eva Boat Kos is one of the most recommended tours to take on Kos Island in Greece. You can go snorkeling in crystal clear waters, enjoy a delicious rich BBQ, and explore the shores of Pserimos and Kalymnos.

If you are lucky enough, you can spot dolphins as well.

Treat yourself to this unique day cruise! Expect to chill out at a beautiful 'secret' bay in Kalymnos and explore the laid-back village of Pserimos or just relax on the white sandy beach; a perfect day to enjoy your Kos holiday and soaking up some vitamin sea! 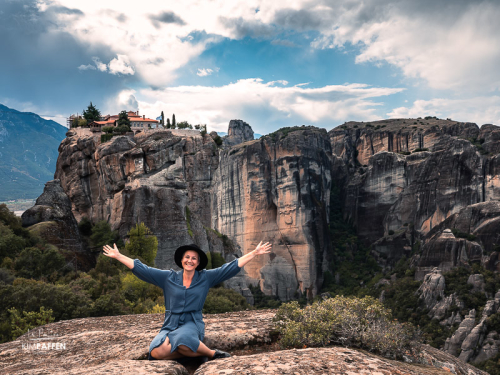 Meteora means "suspended in air". It is one of the World Heritage centers in Greece, which is rich in ancient history and culture. There are six monasteries and nunneries that are still active in Meteora. They are above massive rock pillars. Ypapanti monastery in Meteora, established in 1367 AD, is a monastery worth visiting in Meteora. Situated inside a cave on the northern side of a cluster of cliffs, it is accessible only via foot. Great Meteorons and Varlaam monasteries are other ones you can visit in Meteora. Kalabaka Byzantine Church, in the old district of Kalabaka town, is yet another destination you can include in your list while in Meteora. 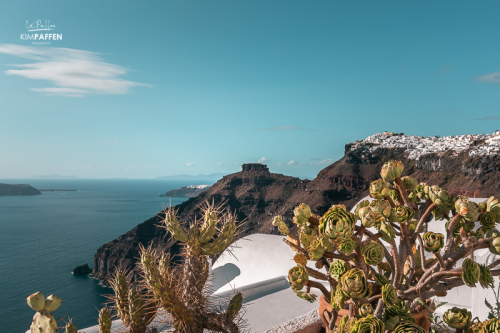 Hiking the Cliff Path in Santorini

Hiking from Oia to Fira in Santorini is a way to explore the places in the region, such as Imerovigli and Firostefani. It is about six miles or 10 kilometers long and would take around three to four hours. You can always start the cliff path from Fira to Oia as it is a downhill walk. It is better to hike in the morning or late afternoons. For directions, you can follow the signs along the path or ask locals. Don't forget to make a detour to Skaros Rock in Imerovigli, which will give you stunning views on the Island of Santorini 'from a distance'. 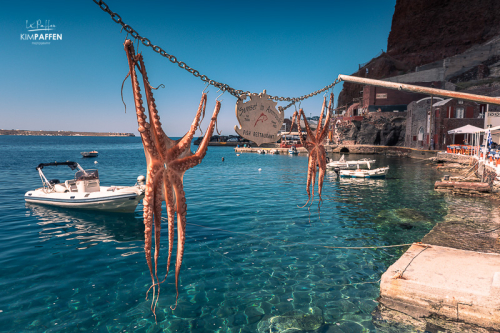 Greece is a land famous for its warm hospitality and local Greek dishes. You can mingle and communicate with the people of Greece. The hospitality and services provided by most of the hotels in Greece are of high quality. Greece offers Mediterranean cuisine and diet, which includes vegetables, fruits, wine, nuts, and virgin olive oil. Greek salads and savory pies like Spinach Pies or Spanakopita and Cheese Pies or Tyropita are quite popular in Greece. You can always try local dishes like Tzatziki and Saganaki. Moussaka, Dolmades, and Calamari are a few delectable desserts of Greece. Try to have some of the above dishes when you are in Greece, and you can always come back to our Greece travel guide to cross-check anything before hopping on your trip!