Best time to travel to Uganda

When to go to the Pearl of Africa? The best time to visit Uganda is during Uganda’s two dry seasons between June and August and from December to February. Although Uganda is good to visit all year round due to its consistent temperatures, these dryer months are good for mountain gorilla trekking and chimpanzee trekking as well as other wildlife viewings in the national parks of Uganda.

The best weather in Uganda is in the months of June, July, January, and February because there is little rainfall during these months.

If you travel to Uganda during the dry season doesn’t mean there is no rainfall. It can rain anytime, but the rains are less frequent and less heavy than during Uganda’s wet season. Uganda knows two drier seasons: from June to August and from December to February. During the dry season, the skies are usually clear with lots of sunshine and the average temperature is 27°C, with 16°C in the early morning. 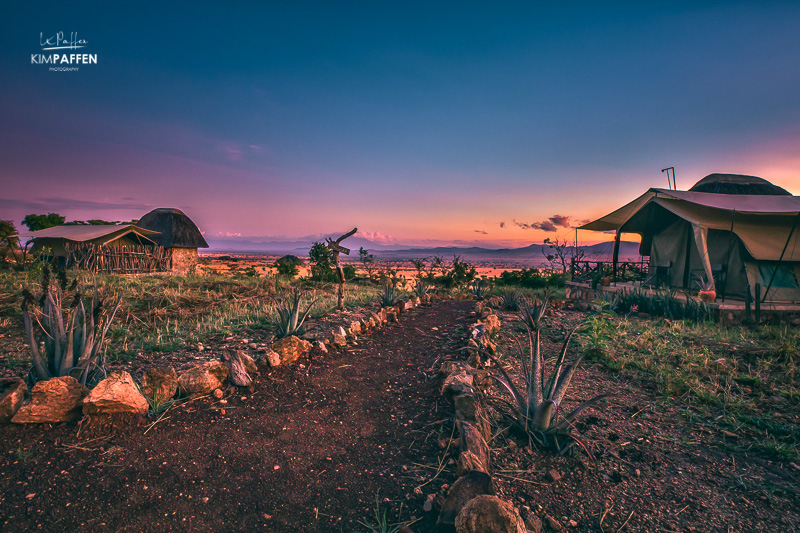 The drier months are the best time for gorilla trekking and chimpanzee trekking. The drier it is, the less vegetation there is in the national parks, meaning the animals gather around water holes or rivers and the wildlife is, therefore, easier to spot. Northern Uganda can sometimes experience periods of drought in for example the semi-arid Kidepo Valley National Park, with an average daily temperature of 32°C.

The climate in Uganda is largely tropical with two wet seasons in Uganda: March to May is the long rainy season and October to November is the short rainy season. The average temperature during the day is 28°C and morning temperatures are around 16°C.

During this period, it can be harder to get around in Uganda as some accommodations in areas of high rainfall might close down and roads or trails can be in poor condition, but nothing to worry about. You can still go on safari in Uganda’s rainy season, including the popular primate treks. However, it’s slightly colder in the gorilla parks because of their higher altitudes. The northern region of Uganda has only one rainy season because it lies outside of the tropical belt. It’s also warmer in the north of Uganda. 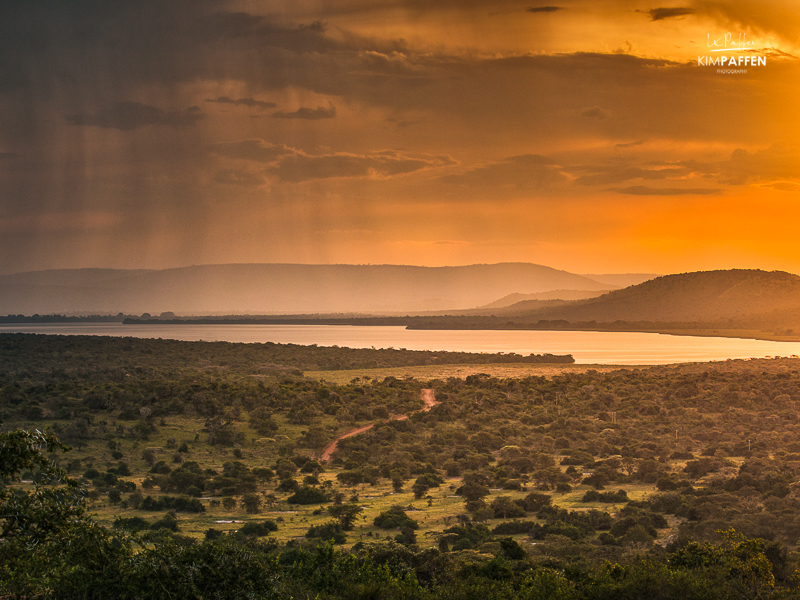 The peak of the wet season throughout Uganda is between March, April, and May. Expect the worst weather (highest rainfall) in April in southern Uganda. However, after a heavy rain shower, the sky usually opens up and the sun starts shining again. The rains in October and November are shorter compared to March, April, and May.

The months with the highest rainfall mark the two low seasons of Uganda. One of the advantages of visiting Uganda in the low season is that gorilla trekking can be cheaper and the prices of accommodation are much lower. Other advantages are that the landscape, including the savannah plains, is lush green and there are many newborns. 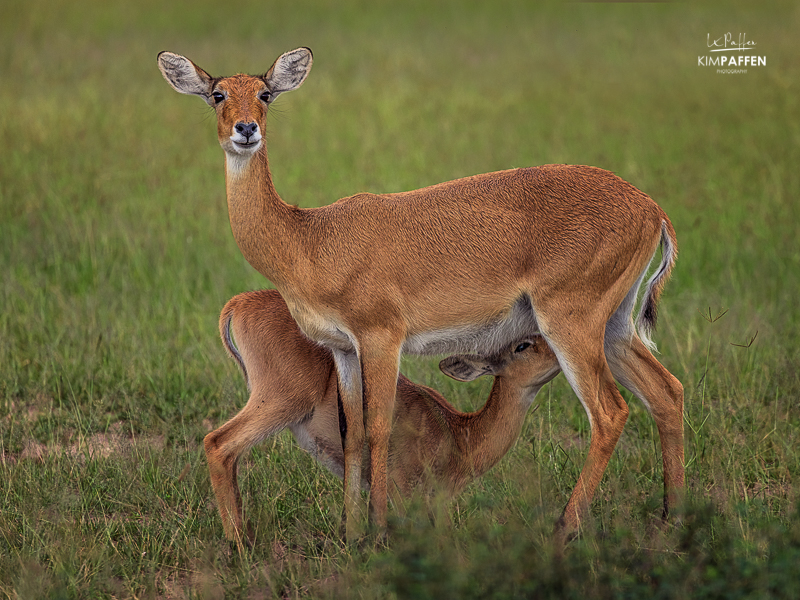 The peak season in Uganda is in the months of June, July, August, and September. The combination of school holidays and the dry season of Uganda make these the busiest months in terms of tourists visiting Uganda. If you want to go on a gorilla trekking safari in Uganda’s high season, it’s highly recommended to book your gorilla trekking permit at least 3 to 6 months in advance. Although Uganda has a peak season, you don’t have to be afraid of overcrowded places and mass tourism. The national parks in Uganda still don’t feel crowded during these months. 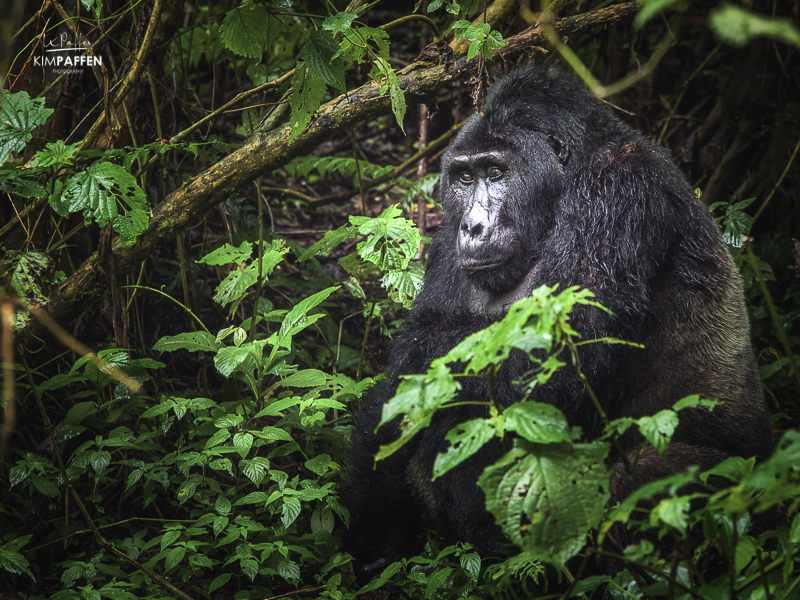 Because the country is situated on the equator with no true seasons and temperatures that don’t fluctuate much (24 to 30 degrees Celcius), Uganda is a year-round safari destination and a true birdwatcher’s paradise throughout the year.

The parks in the south tend to be warmer during the day and cooler at night because of the tropical climate of southern Uganda. Kampala has a slightly milder climate due to its location near Lake Victoria.

The areas at higher altitudes, like Bwindi Impenetrable National Park and Mgahinga Gorilla Park, are a bit colder with temperatures averaging from 15 to 20°C; especially early mornings, evenings, and nights in the highlands can get quite cold. Murchison Falls and Kidepo Valley are warmer with an average daytime temperature of 32°C. 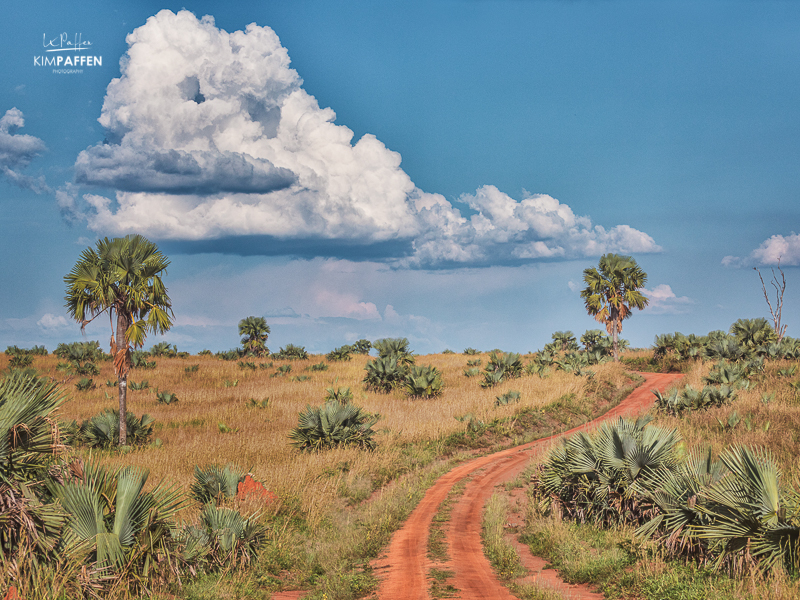 Except for the northern region of Uganda, the rest of Uganda lies within a humid equatorial climate zone, and the topography, prevailing winds, and lakes and rivers cause various rainfall patterns across Uganda.

Overall, Uganda experiences moderate temperatures ranging between 22,3°C (July) and 24,5°C (February). The total annual average rainfall in Uganda is 1197 mm, and the mean monthly precipitation of Uganda varies from 46.5 mm in January to 151.9 mm in April. 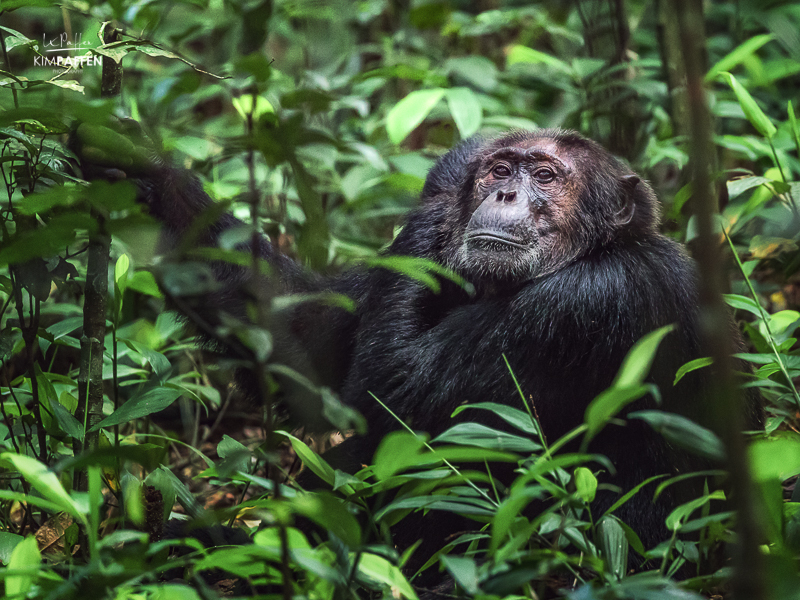 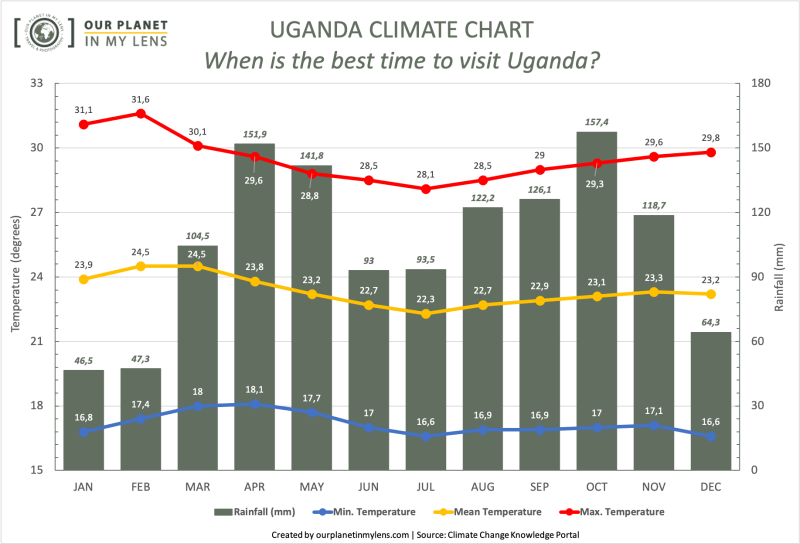 As you can see it never gets really cold in Uganda, although temperatures can drop after sunset until the morning. Some people wonder if it can snow in Uganda. Uganda rarely sees any snow and has no organized ski areas, although the Rwenzori Mountains have glaciers on their upper slopes because of their height up to 5109m (16.761 feet). Because of climate change, scientists expect that these snow-capped mountains in Africa will not last beyond 2030, which is quite shocking.

Curious about the best month to visit Uganda? Or do you want to choose your preferred period of traveling in Uganda based on aspects like temperature, rainfall, prices, wildlife viewing & gorilla trekking conditions, and birdwatching opportunities? Read my month-by-month Uganda weather guide. 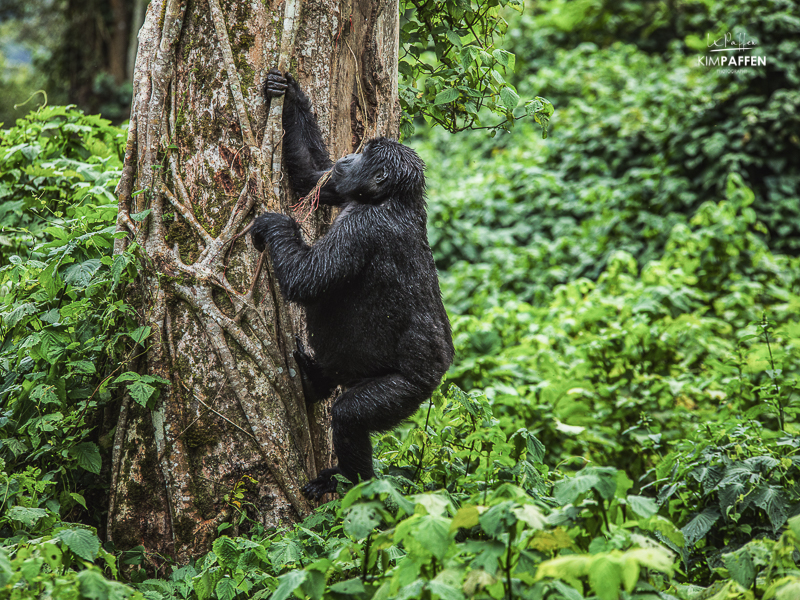 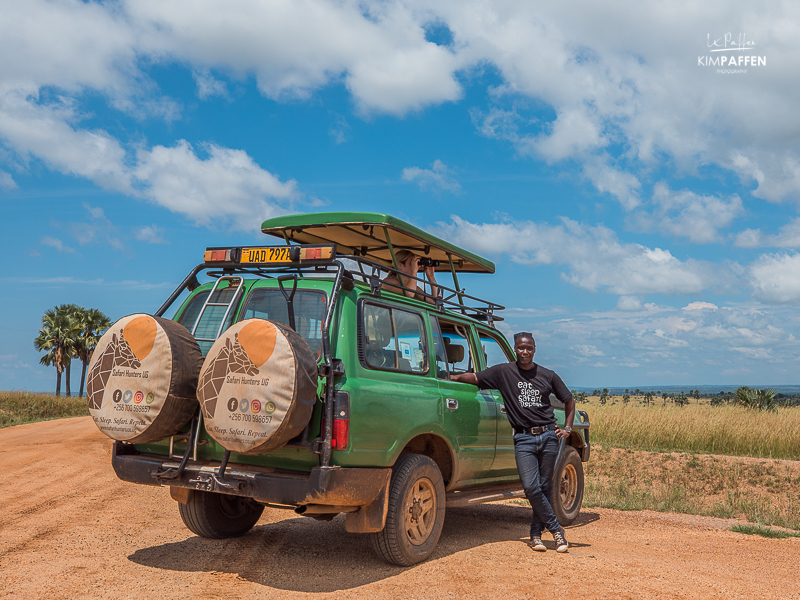 Murchison Falls National Park is a year-round safari destination in Uganda, but the park is at its best in January, February, March, June, July, and December. However, the other months are a good time to visit as well. There's no wrong time to visit Murchison Falls due to its climate. 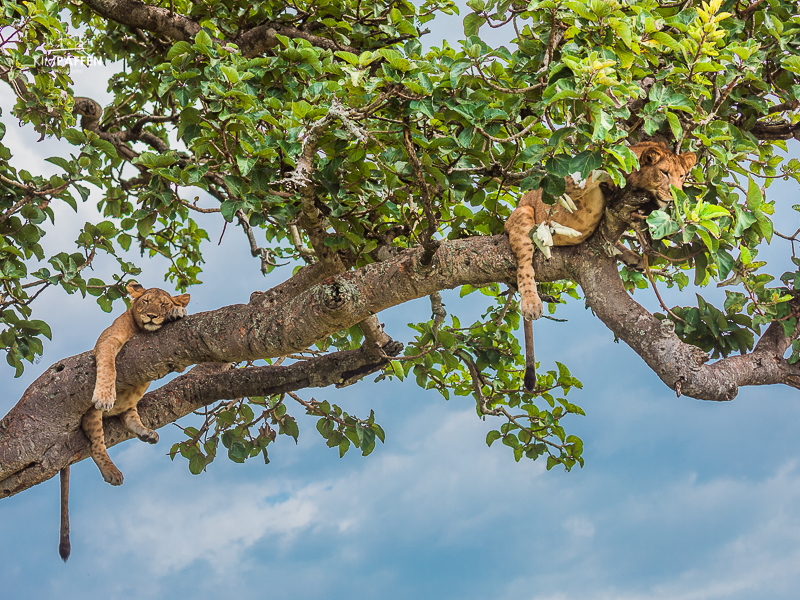 Curious about the daily weather forecast in Uganda or seasonal forecasts, you might find it interesting to have a look at the Uganda National Meteorological Authority (UNMA). They provide regular and timely weather forecasts for the whole country.

It's always hard to give an answer to questions like 'When is the best time to visit Uganda?' as it depends on the type of traveler and preferences. Before you travel to Uganda, ask yourself which region of Uganda you want to explore, what activities you would like to include in your Uganda itinerary, and what the most important aspects are when planning a safari in Uganda, like budget, temperature & rainfall, wildlife viewing conditions and more. I traveled to Uganda in for example November, in the wet season. I really loved this period of traveling as everything was green. I spotted enough wildlife and even the conditions for gorilla trekking and the Chimpanzee habituation experience were very good. Because of that personal experience, I would recommend November as a good time to travel to Uganda, just like I would recommend May and June. 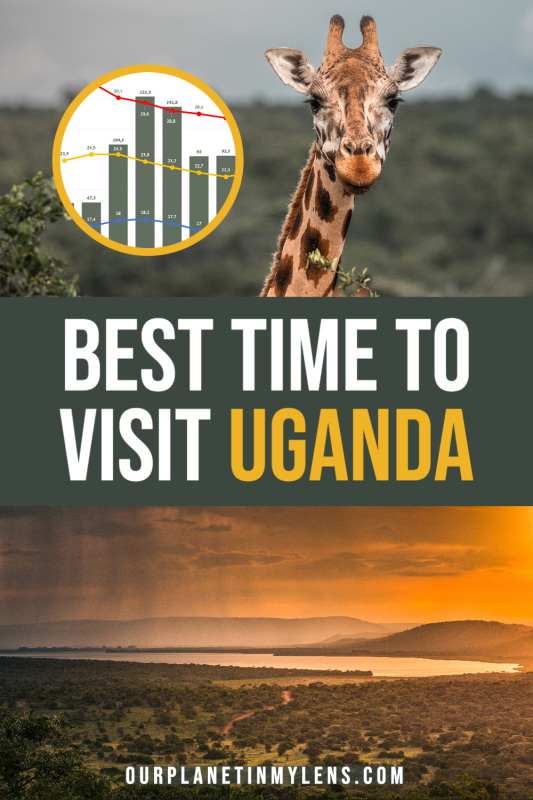